It’s Carers Week 8-14 June and we want to Make Carers Visible (this year's theme) by sharing our recent research project, ‘The Impact of Caring on Unpaid Carers’. We also consider what's changed during Covid-19 and what's next in Southwark. 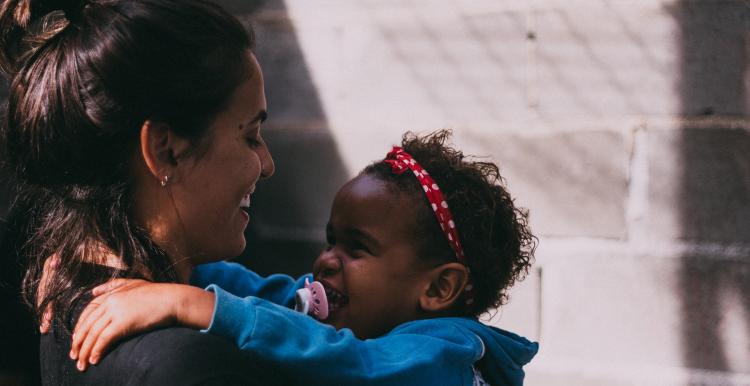 This Carers Week we want to Make Carers Visible by sharing the work we did in our 2018-2019 research project, ‘The Impact of Caring on Unpaid Carers’, to explore and highlight unpaid carers’ day-to-day experiences in Southwark. The below findings and recommendations are taken from this report, and you can find the full version here.

What did we find out?

1. The impact of caring on unpaid carers was extensive, emotional and intense.

Most carers were providing many different types of support for long hours, beyond personal care. Some also had to be watchful and alert during the night. The majority of carers reported a negative impact in most areas of their life, including their physical and mental health, relationships, employment and personal fulfilment. The impacts felt hardest by carers were those that deteriorated. These included sleep deprivation and tiredness, chronic stress and anxiety about the cared for person and their future, and loss of personal time to self care or build relationships. Caring also had a two-pronged financial impact, in that there were extra costs associated with caring, such as food and laundry, but many carers were unable to work more than part-time or go for promotions. Those caring for someone with dementia or a complex mental health condition faced specific challenges, such as aggressive behavior from the cared for person, being excluded from care, or their children witnessing traumatic events.

2. Communication with health and social care services could compound the emotional experience of care.

One-off interactions with individual professionals (such as GPs, social workers and district nurses) could have a positive effect on how supported carers felt, and the trust they had in a service. Conversely, difficult communication was not just an additional challenge, but compounded the carers’ feelings of isolation, stress and hopelessness. Across the study, many people described the Council’s communication and support as inconsistent, unresponsive to their needs, and lacking in empathy. This meant they did not trust the Council and some carers were even afraid of contacting Social Care services. Many carers took on care coordination responsibilities and found their journey through the health and social care system disjointed and filled with waits and silences, requiring them to continually push for appropriate support.

3. Carer Assessments did not seem to be working for carers in their current form.

A large proportion of the carers surveyed had not had an Assessment, sometimes despite requesting one, and the overall process did not seem transparent. Those that had gone through or completed the Assessment process said that the assessors could be disbelieving and uncaring, and that they sometimes received no communication about the outcomes. Others said they had to seek out support themselves rather than being signposted, or that the support offered following an assessment was not appropriate. There was a sense of abandonment among many.

4. Carers valued a personalised, varied model of support but very few people were accessing this.

From the VCS, this included one-off or occasional support such as advocacy or help applying for benefits, as well as ongoing social events, peer support or counselling. Some carers were receiving support from their friends, family, neighbours or colleagues with respite care, household tasks, and emotional support. These informal support networks were highly valued by those that had them. Some carers felt their faith made them more resilient, but caring responsibilities made it hard to keep attending church. Where it was accessed, VCS support could enable people to continue caring, and was even described as lifesaving. Some wanted training specific to their cared for person’s condition, for example communicating with someone with dementia. Flexible access to respite was also important. Carers needed time for ‘life administration’ tasks, as well as longer breaks to de-stress. However, poor experience of respite care was a barrier to enjoying breaks. Many who had taken a holiday had a family member or friend look after their cared for person, which tended to mean they felt more confident and relaxed.

5. Counselling helped carers to understand and cope with their role.

Access to counselling was crucial for carers to ‘unbundle’ and manage complex responses to taking on such a demanding role for someone close to them. However, cost, waiting times, and difficulty getting out of the house were all barriers.

How has coronavirus affected unpaid carers?

These figures are taken from a recent survey by Carers UK of nearly 5000 unpaid carers.

Carers UK has called on the government to increase the Carers' Allowance - the main benefit for people caring unpaid for 35 hours or more each week, just £67.25 a week - to recognise their crucial role.

What did we recommend?

There needs to be ongoing development of an imaginative and wide-ranging continuum of support at different levels, building on community and personal assets available to carers. In order to achieve this, there needs to be attention to identification of carers, clear communication about services, rights and processes, and holistic needs assessment and signposting.

There also needs to be investment in services in line with the huge value of carers – but there are a wide range of low-cost support systems which can be fostered.

Click here to read the recommendations in more detail, and find out what specific actions we recommended to services.

1. Develop the culture and leadership around supporting carers.

6. Further investigate the experiences of carers in Southwark, especially those facing inequalities. This also requires further identification of carers by Southwark Council.

What has happened so far?

What are the next steps?

Where can you find support for carers in Southwark?

Contact Southwark Carers for carer-specific signposting, advice and support. They can also support you in the process of getting a Carer Assessment.

See what they're up to for Carers Week below.

If you care for someone with a mental health condition, join the Southwark Mental Health Carers Forum. The forum meets on the last Friday of every month 4-6pm and offers carers a chance to learn more about mental health services. It is also an opportunity for engagement, involvement and empowerment around how services are doing. Contact Matthew Mckenzie to join.

This is a one-stop shop for support during Covid-19, made up of Southwark Council, the local NHS and GP surgeries, charities and community and volunteer groups. You can get advice and support on a range of issues, including food access, befriending and financial support.

Find information about dealing with coronavirus as a carer, and links to support from home here on our website. You can also contact us to share feedback or ask for signposting.

Other useful sources of support - according to the carers in our study!

Services may be working differently during the Covid-19 pandemic. Please contact them directly to find out. 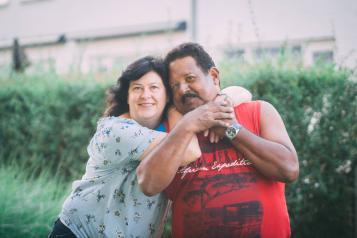 The Impact of Caring on Unpaid Carers
We have been listening to unpaid carers about their experiences, the support they receive and further support they would like, and the impact that their role has on their life and wellbeing.
16 January 2020
Report 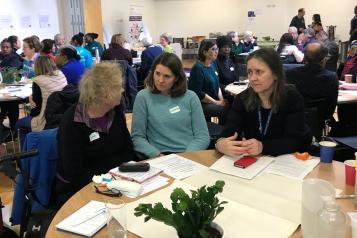 Supporting Carers in Southwark: continuing the dialogue
On 19 February we held an event with nearly 30 unpaid carers, as well as staff from support organisations and the Council, where we discussed the challenges of caring, and what helps. Read about the findings from these discussions in our new report.
1 April 2020
News 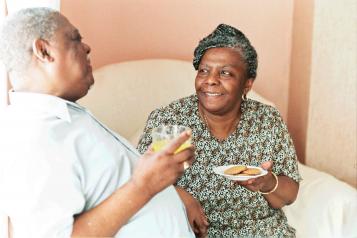 Dealing with coronavirus as a carer
If you care for someone, coronavirus can make things more complicated and stressful. Here you can find helpful information, advice, and signposting to support all in one place for carers in Southwark.
26 March 2020
Advice and Information